Nathaniel Mitchell, the first of five native sons of Laurel, Delaware, to rise to the office of governor of the state in the town’s most renowned patriot and hero in the Revolutionary War, was born in 1753. He was the son of James and Margaret Dagsworthy Mitchell. His mother was a sister of General John Dagsworthy, a famed French and Indian War and Revolutionary War hero, now buried in Dagsboro, Delaware, which bears his name. Nothing of Mitchell’s education and early life is recorded, but his subsequent achievements indicate that his early training equipped him well for his future role of outstanding public service in war and peace to his state, county, and community as well as the parish of Old Christ Church, Broad Creek, where he and his family were communicants. In addition, Mitchell proved to be a man of high courage combined with humility and deep sensitivity towards the welfare of his fellow man…

» Read MORE about Major Nathaniel Mitchell and our history

The DAR, founded in 1890 and headquartered in Washington, D.C., is a non-profit, non-political volunteer women’s service organization dedicated to:

Meetings are held on the second Saturday of the month, September through May.

Typically our meetings are educational and fun-filled with lunch to follow. 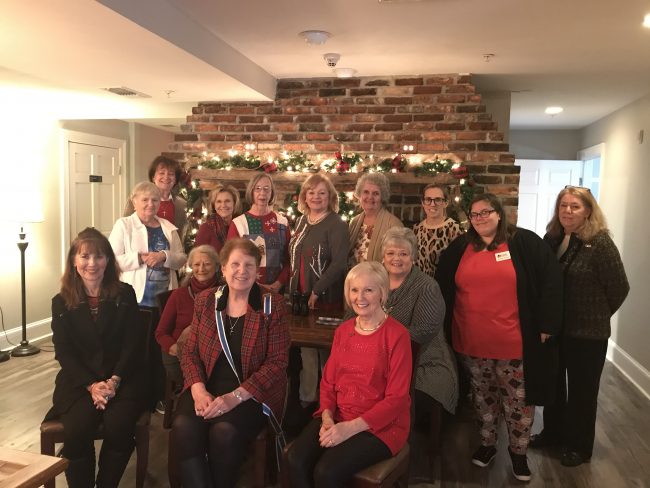 » Read MORE about Major Nathaniel Mitchell and our history

Web hyperlinks to non-DAR sites are not the responsibility of NSDAR, the state organization, or individual DAR chapters.